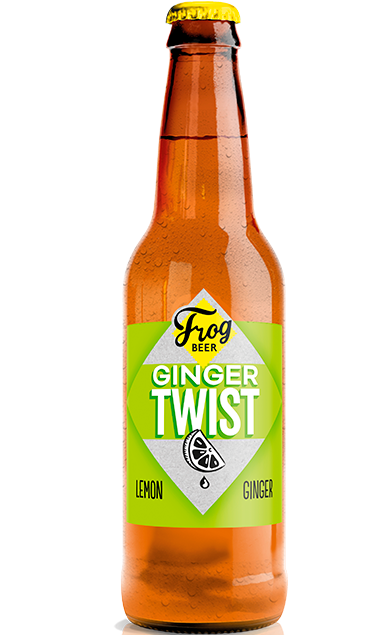 What started many years ago as a seasonal brew has become a FrogBeer cellar icon! By combining the pleasantly floral aroma of a mild Bobek hop with fresh root ginger, lemon and lime our brewers have created a truly unique beer, notable for its zingy aftertaste and drinkability! Crisp, clear golden amber in colour; fresh, fizzy and full of flavour; we are proud to say that there's no other beer that we've tasted (yet!) that's quite like our Ginger Twist.